Many advocates of the keto diet report that you can eat as much butter and bacon as you want, but is that really true? or even healthy?

Is the keto diet really the best way to lose weight? Can it cause more problems than it solves?

This post talks about the most important and frequently asked questions about the keto diet. 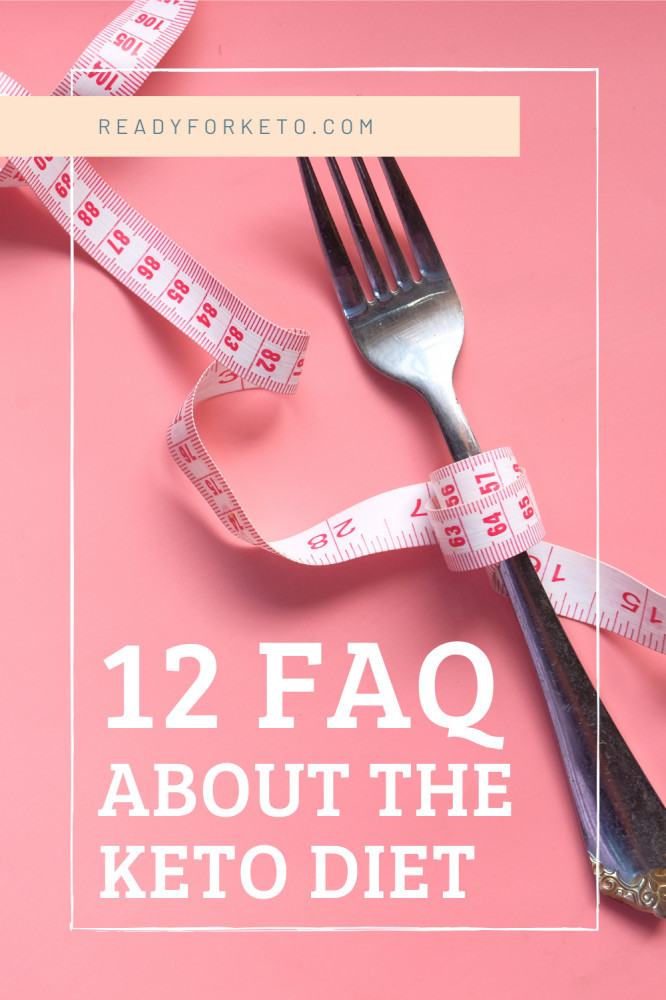 Is the Keto Diet Safe?

Although following an extremely high-fat diet can feel like a radical way to eat, but research on the keto diet shows no real negative effects, and actually many beneficial ones.

Ketosis is the natural metabolic state where your body converts fat to ketones to use for energy, rather than carbs and sugar. A result of ketosis is weight loss, as well as more energy and less appetite. 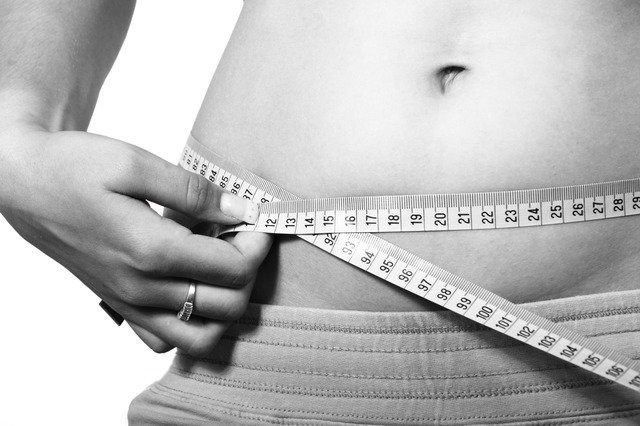 It is difficult to say definitively that it is safe, because it also depends largely on the type of food you eat as part of a keto diet. For example, olive oil is a healthier choice than butter; salmon is healthier than bacon.

However, if the keto diet is done properly, any negative health effects should be reduced – and then you may reap the benefits of ketosis.

Normally your body breaks down carbohydrates (glucose) as its preferred source of energy.

Ketosis occurs when your body enters a state of fat burning and breaks down fat into ketone bodies that are used as an energy source instead.

Beyond the keto flu, multiple studies show that reaching ketosis from the keto diet has no real negative effects for the short-term.

So, basically putting the body in ketosis for a limited period of time is probably not harmful, but rather results in health benefits and a rapid loss of weight.

Is the Keto Diet Healthy?

Of course, you do not have to follow a keto diet to be healthy.

The keto diet began as a therapeutic diet used to control seizures in epilepsy patients according to the Epilepsy Foundation. For these people a keto diet may be necessary for their health.

But thanks to the numerous health benefits of a keto diet, many people also use them to help lose weight.

The Mayo Clinic states that the consumption of high levels of saturated fats can pose a long-term risk to heart health, and in the short term, high-carbohydrate diets can be associated with unpleasant side effects such as constipation and headaches.

Given the restrictive nature of keto (it eliminates most fruit, dairy, grains, legumes, and many vegetables), a deficiency of certain nutrients, such as fiber, may also occur. Therefore, it is important to include the right ketogenic foods in the diet to meet the nutritional needs.

However, if followed correctly, a keto diet can definitely be healthy! Check out more here: Is a Keto Diet Healthy?

What Are the Benefits of the Keto Diet?

The keto diet is an extreme form of the low carb diet, in which the body breaks down its own fat reserves by depriving it of carbohydrates in order to obtain energy from them.

This state is called ketosis. Ketosis is beneficial in that it causes the body to lose fat quickly. 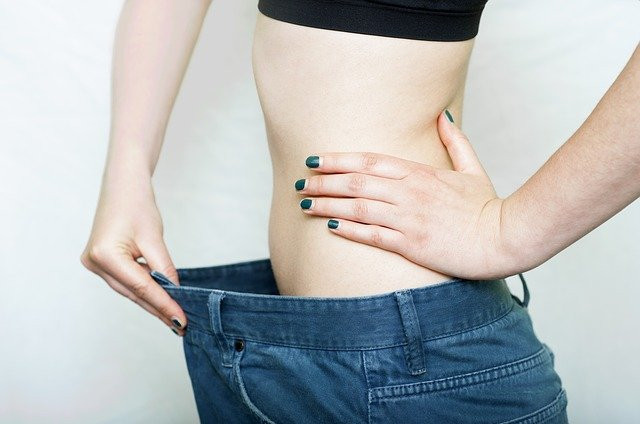 Additionally, by giving up carbohydrates and glucose as much as possible, the blood sugar level remains constant.

This can result in better concentration, fewer fatigue attacks, and the absence of cravings.

However, it can take up to five days to reach this state.

During this time, the body adjusts, which can feel uncomfortable at first. Fatigue, digestive problems, and nausea are not uncommon during this time. Many keto-dieters report that they suddenly feel much more energetic and active when they enter ketosis.

What Are the Disadvantages of the Keto Diet?

With the keto diet, you simply can’t avoid tracking. For example, with the help of apps, you really have to record everything you eat during the day and will still be surprised how quickly you have already consumed 20-30 grams of carbohydrates.

Especially restaurant visits and eating in social gatherings can quickly become a challenge because you quickly lose control over your own food.

At the same time, a cheat day is not really possible because that means almost immediately falling out of the hard-won state of ketosis.

How Much Weight Can You Lose on Keto?

There is no doubt that a ketogenic diet can help you lose weight.

In a study published in the Journal of Clinical Endocrinology in February 2017, 20 obese individuals who followed a keto diet for four months lost an average of 20kg (about 44 lbs), mainly of body- and visceral-fat (it’s important to note that there was no placebo group and this was a small sample source, so results are limited).

—
Want to start the Keto diet but need help getting started? Check out the 28-Day Keto Challenge!
—

However, long-term studies show that there is not much difference in weight loss between the keto diet and other diets. A meta-analysis published in the British Journal of Nutrition in October 2013 compared adults who eat less than 50g of carbohydrates a day with those who follow a conventional low-fat diet.

After at least one year, those who followed the keto diet lost 1 kg (about 2.2 lbs) more compared to the group that followed a low-fat diet.

The bottom line is that diets, including the keto diet, can help you lose the same amount of weight in the long run. With that info, you should know that there may be a better and easier diet for you. Not every diet is for every one. What works for some may not for others. Many have success with keto, others none at all.

How Long Does It Take to Lose Weight with the Keto Diet?

Many people report losing weight quickly on a keto diet.

A study consisting of 20 obese patients following a very low calorie ketogenic diet resulted in an average of -20.2 ± 4.5 kg weight loss after 4 months!

When people add more carbohydrates back into their diet after following a keto diet, they tend to gain some weight back during this adjustment period. If you go back to your pre-keto dietary pattern, you could potentially gain back all the weight you lost, and possibly even more.

How Are the Macros Distributed?

Macronutrients, or “macros” for short, are the three groups of nutrients: carbohydrates, proteins and fats.

According to the US Dietary Requirements, a normal, healthy diet, carbohydrates should make up about 55 percent, fats 25 percent, and protein 20 percent

In the keto diet, this distribution is different. To get into ketosis, 65 percent fat, 30 percent protein and only 5 percent carbohydrates are applied per day. This corresponds to just 20 to 30 grams of carbohydrates per day! 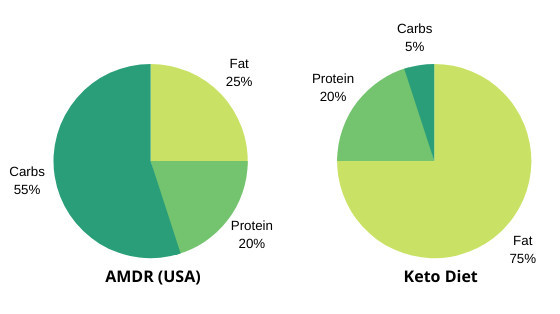 To be able to control and adhere to this, you can hardly avoid cooking fresh food yourself.

Which Foods Are Prohibited?

In short, no foods are just prohibited, because at the end of the day it is about the total amount of carbohydrates, fats, and proteins.

However, there are foods such as sugar, white flour products or alcohol, which exhaust the daily allowance quite quickly in only small amounts and should therefore be better avoided.

Since fat is the main part of the ketogenic diet, you should also look carefully at what fats you eat.

Trans fats should be avoided, as well as unfavorable omega-3 and omega-6 fatty acid compounds, such as those found in sunflower oil.

Healthy fats, on the other hand, can be found in flax oil, chia and hemp seeds, and nuts. With the latter, however, one must again keep an eye on the quantity: Cashew nuts, for example, also contain many carbohydrates.

Check out this article for a list of foods to eat on the keto diet.

How Many Carbs Are Allowed in a Keto Diet? 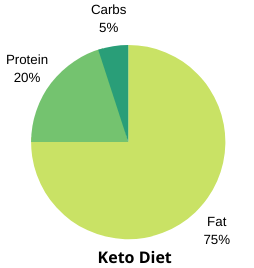 The exact number of grams of carbohydrate varies from person to person, but is typically around 20-50g per day.

Many people on a keto diet count “net carbohydrates”, i.e. total
carbohydrates minus fiber. Fiber is not “counted” in the total number of
carbohydrates because it is not digested.

This low number of carbohydrates required by the keto diet requires
careful planning. Eating a little fruit, starchy vegetables, sugary
foods, or whole grains can easily throw you out of ketosis.

Recommendation: The 10 Biggest Mistakes in the Keto Diet and how to avoid them.

How Much Protein Do You Eat on the Keto Diet?

A typical keto diet contains 20 to 25 percent of calories from protein. A common misconception is that it is a high protein diet, when in fact it is actually moderate in protein. 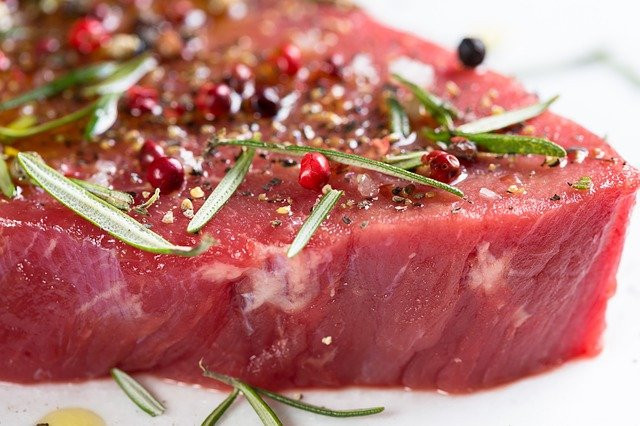 Too much protein can be converted to sugar and broken down to be used as an energy source.

However, you shouldn’t go low on protein. You want to be able to stay in ketosis without losing lean body mass (muscle) when you lose weight. This can easily equate to 1.2 to 1.5 grams of protein per kilogram of body weight.

The recommended daily allowance of protein is currently 0.8 g per kg of body weight, according to Harvard, which is significantly more under ketosis).

One of the best sources of protein on a keto diet is fatty fish (such as salmon or mackerel), as it provides a source of heart-healthy protein and omega-3 fatty acids. Eggs are another good choice; a large egg contains 6g of protein and 5g of fat.

A keto diet does focus more on fat, but that doesn’t mean you have to eat bacon all day. There’s room for leaner proteins, like chicken or cod; just remember to add fat to these lower-fat sources (e.g., fry the chicken with olive oil).

Is the Keto Diet for Vegetarians?

In principle, a ketogenic diet is also possible if you want to completely avoid animal foods.

However, as a vegetarian or vegan, you only have a very limited selection of foods at your disposal.

Naturally, bacon is left out. But then milk, yogurt, or cheese as protein suppliers are also no longer possible.

With a vegan diet, the keto diet thus requires even more preparation and planning.

These were the most frequently asked questions to the keto diet that I could find. Do you have another question? Comment below!

Thanks for reading!
Anna
readyforketo.com