Today we will look at the first steps of the Keto Diet.

Let’s take a look at a few basics! 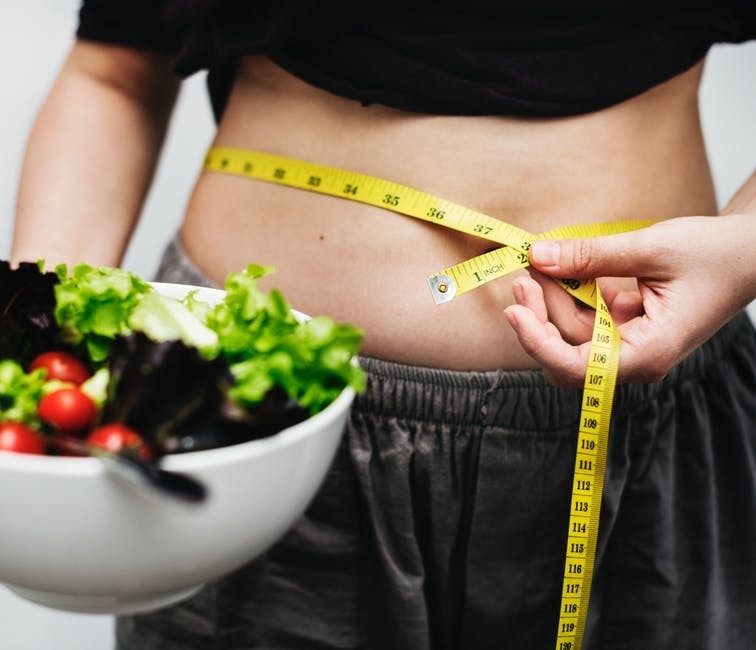 What is the Keto Diet?

The Ketogenic diet, or keto diet, is a diet that focuses primarily on reducing carbohydrates and fats. You could call it a “low-fat, low-carb” diet. A characteristic is of this type of diet is to reach the body’s fat-burning state.

Instead of using carbs/glucose for energy, your body converts fat into small molecules called ketone bodies, and uses those for energy instead.

This state is called Ketosis.

Can we tell if we are in Ketosis?

Sure, but your body does not give you a clear signal.

There are a few physical signs that may indicate you are in the ketosis state, such as:

Can we measure Ketosis?

But doing a keto diet does not mean that you need to constantly measure ketones. The diet should actually become an acquired feeling.

You could, however, benefit from an initial examination.

People with certain illnesses that require the body have a specific ketone level do these exams regularly.

Ketone level can be measured via:

The higher the value, the more intense the ketosis.

For ketone levels above 5.0 mmol / L, consult a doctor.

Check out this post for more information on measuring ketosis!

Click here and save 15% on your Keto-Mojo Blood Ketone & Glucose Monitor Kit!

Reasons to do the Keto Diet

In the Keto Diet, the body is put into a metabolic state in which it burns fat instead of glucose (Ketosis).

Ketosis is ideal for folks who want to lose weight because as soon as the ketone stores are empty, the body fat is broken down to gain energy instead.

Studies show that the Keto diet is superior to total fat loss compared to a reduced calorie diet.

Other possible causes of increased fat loss in the Keto Diet:

When the body is using mostly carbohydrates for energy, it can only store very small amounts of calories in the muscles and liver.

When an athlete attempts to perform, the body uses this stored energy quickly. And once it’s gone, it’s gone.

But, when the body is in Ketosis, it obtains it’s energy from ketone bodies and fat. That means that more energy can be gained from burning fat instead of carbs.

Ketones are a stable source of energy for the brain.

Unlike glucose, it allows your brain to work without feeling a reduction in energy.

Our brain likes a mixture of fat, glucose, and ketone bodies to work.

BHB (Beta-Hydroxybutyrate) is one of the most important ketones produced in the body. Why? Because it can lower the energy requirement of our brain to about 1/3! Our brain probably likes when we are in Ketosis because of its sensitive fats and its high metabolic rate.

The brain also absorbs ketones well because they are able to quickly cross the blood-brain barrier.

Recently, the keto diet has been studied as a supplementary therapy for cancer patients.

It exploits the “Warbung Effect“, where cancer cells can not use the available fat and oxygen to gain energy, and instead actually create glucose and glutamine (an essential amino acid).

To starve cancer cells, we lower blood sugar levels while still maintaining adequate fat intake to produce ketone bodies that the normal cells can burn for energy. Lowering blood sugar also plays a role in the growth and increase of cancer cells, by reducing insulin and insulin-like growth factors. Add a calorie reduction for maximum effect.

Do you plan to start the Keto Diet?

The exact ratio of the recommended macro nutrients (or “macros”) in your daily diet (grams of carbs/fat/protein) will depend on your specific goals and current health status. Age, gender, level of activity, and current body composition can also play a role in determining the ideal carbohydrate and fat intake.

Keto diets have generally used the rule of limiting carbohydrate intake daily to only 20 to 30 net grams per day. “Net” means the amount of carbs after you deduct the fiber. Most people do not count fiber in their daily carb intake, because it is indigestible. So, total grams of carbs – grams of fiber = net carbs. That’s the important number.

In a strict (standard) keto diet, of the total daily calories:

In a moderate approach is also a good option for many people to introduce themselves and allow a smooth transition to a low carbohydrate diet.

Here are the rules you should know, regardless of how intense you plan to do the keto diet:

Take care of the Macros!

As mentioned above, your macros are the grams of fat, protein, and net carbs. Tracking the carbs and macros can be difficult. Don’t get it confused with calorie counting!

Use an app to help keep track, or learn about nutrition charts.

If you want some awesome guidance starting the keto diet, check out the 28-Day Keto Challenge! The challenge even includes a Keto Virtual Assistant to help you figure out your ideal macros!

Not too much protein!

Protein plays less of a role in the keto diet than fat. That’s the thing that sets the keto diet apart from other low-carb diets–it’s not loaded with protein.

Why? The body can convert protein into small amounts of glucose. So, if there is too much of it, it slows down the transition into ketosis, especially in early stages.

Protein intake should be between 1 – 1.5 grams per kilogram of your ideal body weight.

For more information about protein in the keto diet, click here!

You should drink plenty water. Drinking enough water helps keep you from feeling tired, important for digestion, and helps suppresses hunger. It also helps with detoxification.

You may want to consider supplements to the keto diet. Since a number of food options are cut out, you may be lacking some important nutrients.

Some supplements can boost energy, reduce muscle cramps, or reduce inflammation. Some are specific to athletic performance. Some help with the adverse effects of the keto flu (mentioned below).

Do your research to determine the right supplements for you!

It is very important to not have any cheat meals when doing the keto diet.

Why? Because one meal with too many carbs takes you immediately out of ketosis and brings you back to where you started.

It’s not so bad though Once you again refrain from carbs, the ketosis process is again initiated–this time a little faster than before.

The keto flu is a little different from the flu we get shots for.

Keto flu is the symptoms due to carbohydrate withdrawal and is probably one of the most common reasons people give up on the keto diet.

The intensity varies from person to person, but some common symptoms are:

A change in the diet will always bring changes in the body, but the positive aspects of the keto diet outweighs the negative. Try using supplements to prevent and combat keto flu for a more pleasant start to your keto adventure.

I hope you enjoyed the post. Follow my tips and you will be amazed by the results!

Any ideas or questions? Tips of your own? Leave them in the comments below!